0
was successfully added to your cart.

Game at Coolwork- a coworking space in France 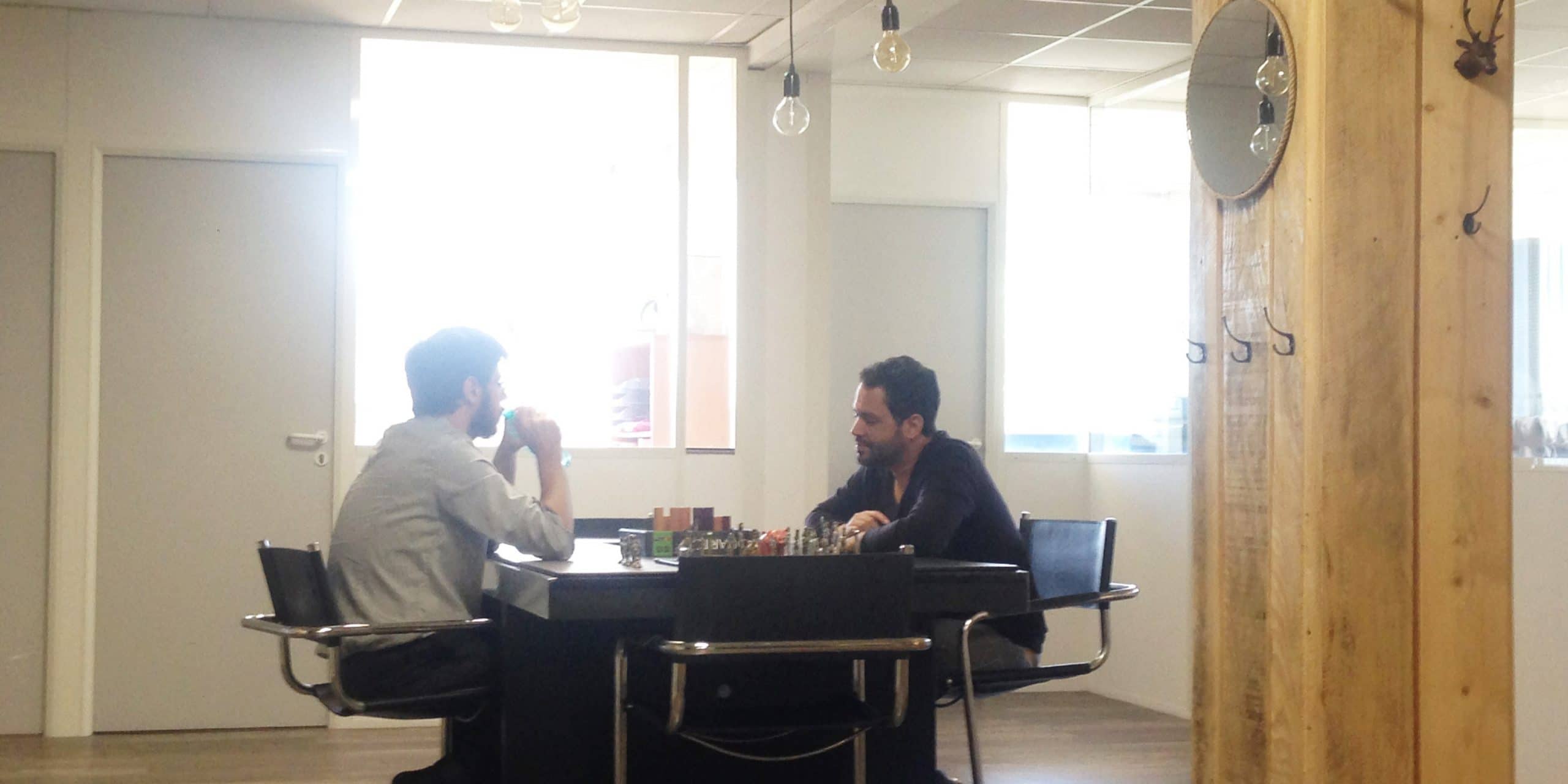 With the development of coworking space industry , it is of great significance to put attention to the increase group of coworkers. As is well known, coworkers consist of freelances, entrepreneurs, startups. And they are working in a competitive environment too.  Thus, those people do need have something to relax themselves during break time.

Michaël (on the left of the picture) works on web development for Next-Wireless, while Charles (on the right of the picture) is a Sales & Marketing Manager from NCP Consult, they are playing a board game during break time in this picture.

Michaël and Charles, they two are typical who are working on the computer the whole day. Hence, it is extremely important for them to relax their body both physically and mentally. Game is one of the best way to do so. That is why we could have this picture of which they are focusing on a chess game.

This happened in a coworking space, Coolwork, which lies between Nice and Cannes. In fact, Coolwork located in Villeneuve Loubet with very convenient transport and beautiful seaview in French Riviera.

Coolwork considers itself as not only a coworking space but also a community. Therefore, the atmosphere here is super wonderful. As everyone gets along well with each other like friend,  like family.

During break time, coworkers like gathering together to do something relaxing. For instance, some of them like to talk with others at the terrace of Coolwork with a cup of coffee; others might play some games with others such as chess, ping pong, backgammon… and etc.

These games are really helpful and useful to release people’s pressure. Through these, people can also know more about each other. Since it is a great chance to communicate with people and to discover their different personality.

You can get more information via the social media account :

You can even come at:

This website uses cookies to improve your experience while you navigate through the website. Out of these, the cookies that are categorized as necessary are stored on your browser as they are essential for the working of basic functionalities of the website. We also use third-party cookies that help us analyze and understand how you use this website. These cookies will be stored in your browser only with your consent. You also have the option to opt-out of these cookies. But opting out of some of these cookies may affect your browsing experience.
Nécessaire Toujours activé

Any cookies that may not be particularly necessary for the website to function and is used specifically to collect user personal data via analytics, ads, other embedded contents are termed as non-necessary cookies. It is mandatory to procure user consent prior to running these cookies on your website.